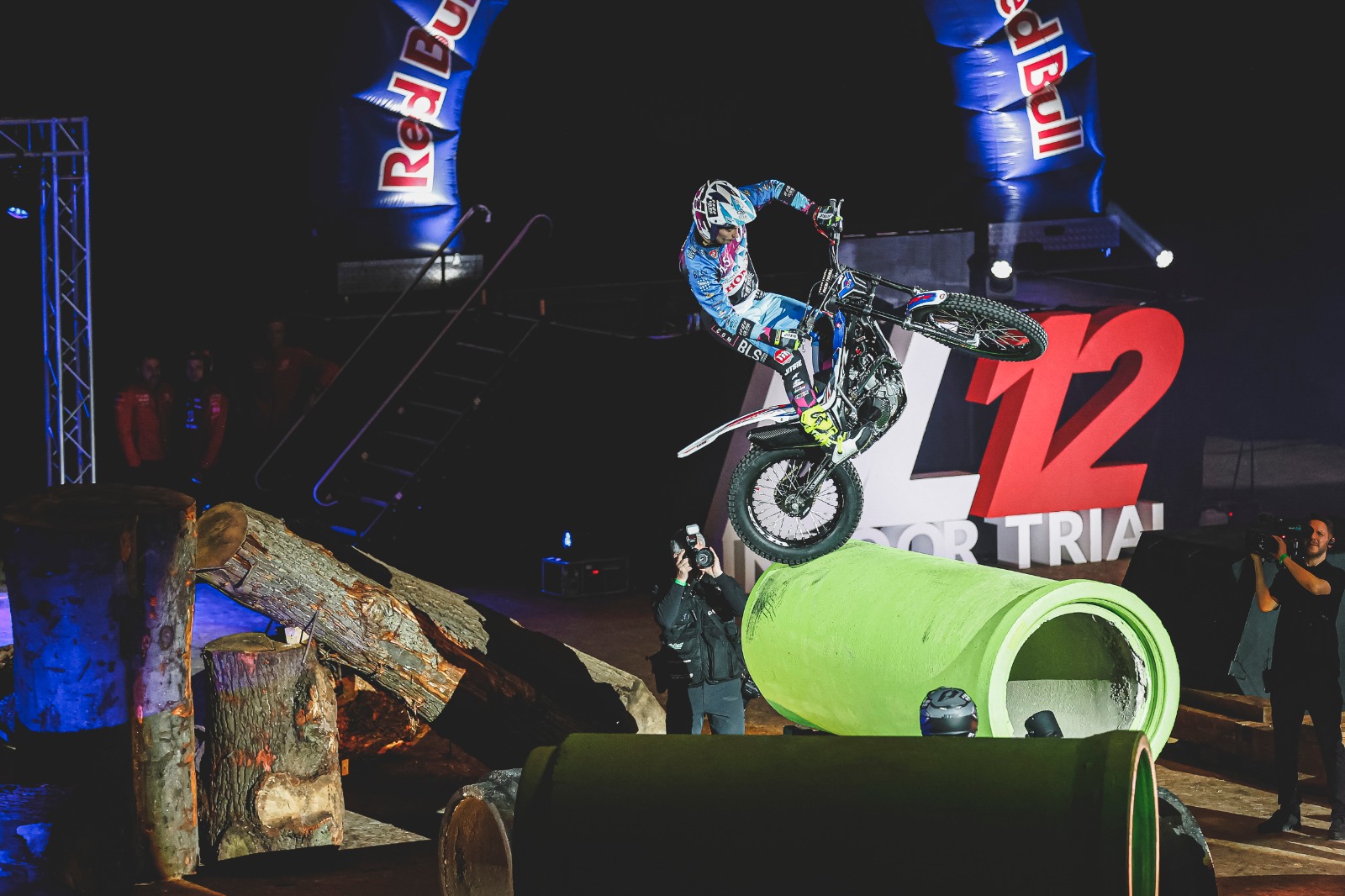 This weekend the first event of the season took place. The @dl12indoortrial organized by the 12-time world champion Dougie Lampkin, had a huge presence of Montesa riders: the Repsol Honda Trial Team riders, @ggmarcelli and @tonibou, and also the brand’s new rider, @tobymartyn212.
Despite qualifying for the final, Toni Bou suffered a small injury that kept him from being able to dispute the victory. In his place came Toby Martyn who finished in fourth place. Gabriel Marcelli climbed to the third step of the podium showing a high level in the final.

Our new rider Toby Martyn @tobymartyn212 made his debut this Saturday in the @dl12indoortrial , in Sheffield, and he did it with a very good note! The Briton managed to qualify with the second best time of the nine drivers participating in the first phase in his first performance with the Montesa Cota 301RR and, in the second, he finished in fifth place. Martyn, however, was able to play the final, where he finished in fourth position. Good debut with Montesa colors for Toby! Well done!