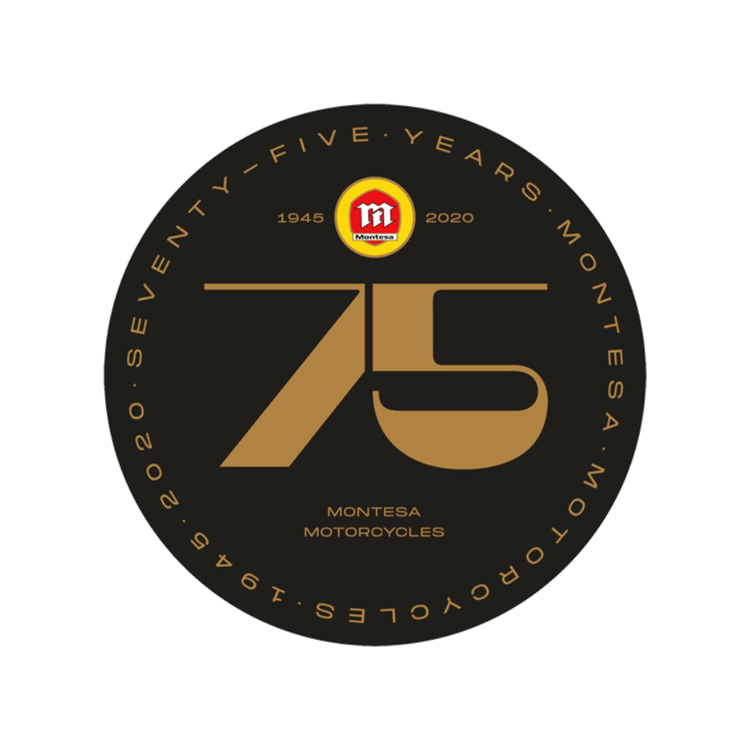 The brand introduces a special logo to commemorate this event, as well as announcing different actions and events.

75 years have gone by since Pere Permanyer first founded Montesa in 1945. 75 years that have seen the birth of more than 150 models (from the original A-45 to the current Cota 301RR) and in which 450,000 units have been produced in the different production plants that the brand has had throughout its history: those in the streets of Córcega and Pamplona (Barcelona), Esplugas de Llobregat and Santa Perpètua de Mogoda. 75 years that have marked a whole era in Spanish and world motorcycling history, both at an industrial and a commercial level, as well as in terms of sport. 75 years full of successes and icons: The Brio, the Impala and its derivatives, the Cappra, and of course, the Cota, which in 2018 celebrated 50 years of uninterrupted production, a record in the industry. 75 years in which the brand has accumulated 70 World Titles, from Ulf Karlson’s first in 1980 to Toni Bou’s last (now 26) in 2019.

To celebrate all these successes, and many more to come, the brand has announced an extensive and varied program of events to be held during this very special 2020. To begin, Montesa has made public its 75th anniversary logo, a logo that will accompany all the communications, actions and events of the brand this year.

Although the dates and details of all the events haven’t been confirmed yet, Montesa has given us a preview of this comprehensive program of activities:

• A temporary exhibition in which fans will be able to enjoy the brand’s most emblematic models.
• A documentary about Montesa, with unpublished images and interviews with the most representative people related to the brand.
• The publication of new bibliographies related to the brand: “Impala, más/mis héroes” (Santi Ruiz); “Con Impala llegará” (Edu Cots & Carles Humet).
• Reissue of the book “Montesa, The Art Gallery”.
• ‘Montesa 75 years’: a grand gathering of Montesa fans including employees, riders and people closely linked to the brand
• The Impalada: Impala’s biggest event promises to break participation records again with a very special course.
• The Montesada: the traditional annual gathering of Montesa fans will celebrate its 20th edition with more novelties than ever.
• For their part, the Repsol Honda Team, world trial champions, and its riders Toni Bou and Takahisa Fujinami will be wearing the 75th anniversary logo.

Over the next few months, Montesa will announce the details and planned dates of each event so that all fans of Montesa and motorcycle enthusiasts in general can enjoy and celebrate the brand’s 75th anniversary in a very special way.