Montesa introduces the all new Cota 301RR, designed for racing! 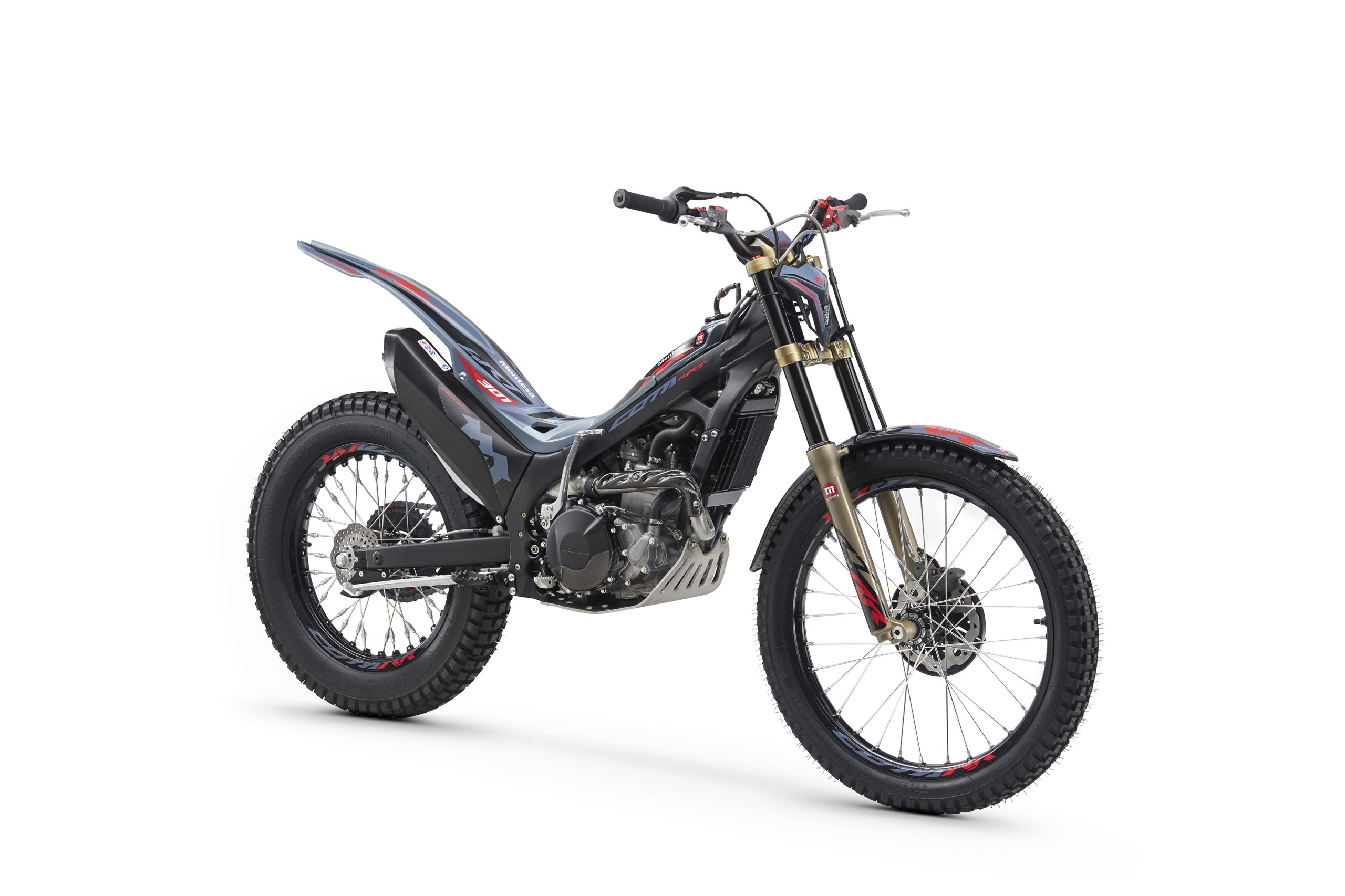 The Cota 301RR is basically the same bike on which Gabriel Marcelli was crowned Trial2 World Champion.

Montesa has surprised us all with the announcement of the new Cota 301RR, a model that replaces the 300RR and that wants to bring us even closer to the world champion competition motorcycle.

The 301RR is the most powerful mass-produced Cota. It is a motorcycle designed to compete, hence its surname RR (Race Ready). The model relies on the proven experience inherited from the racing machines used by the Montesa riders in the Trial World Championship, from which it adopts most of its components and technical solutions. Cota 301RR is basically the same bike on which Gabriel Marcelli was crowned Trial2 World Champion. A bike with a confirmed success, as it was also the one that gave the second place to Matteo Grattarola (world champion of the category last season) and the fifth place to Francesc Moret. All in all, it’s a real racing motorcycle, within the reach of the fans.

On the other hand, the crankshaft now has more inertia to achieve greater progressiveness. This translated into a noticeable improvement in response in the low ranges and a behavior that matches the one of the motorcycles competing in the World Championship. Overall, this makes for a perfect connection between throttle control and final transmission, a key aspect in top level trial, and in which the exquisite functioning of the electronic fuel injection system PGM-FI is of vital importance

The Cota 301RR relies on a lightweight aluminum frame and swingarm of proven reliability and performance level.

This new model features wave-pattern brake discs used on the machines of the racing team on both trains, using a rear disc approved by the FIM. So, it now achieves greater strength and braking power in both trains.

Following the similarities of the Montesas used in the World Trial, the aluminum muffler has also been redesigned. The resistance of the muffler has been increased, increasing the volume of the muffler and the diameter of the inner tube. When you add this to other engine changes, the result is a significant increase in torque throughout the rev range, so it now benefits from up to 16% more power and torque at low and medium revolutions ranges. In addition, it features a new exhaust shield. On the other hand, to improve the protection of the crankcase, a new rubber has been placed between it and the much more enveloping skid plate, also based on the TrialGP and Trial2 world champions.

The Cota 301 still has the lightweight TECH front fork with aluminum bars and adopts lightweight wheel hubs made from aluminum, solutions that result in significant weight savings. In the rear end it continues to equip a SHOWA shock absorber that contributes to improve traction.

Overall, the new Cota 301RR has more aggressive and sharp lines, giving the motorcycle a sportier look and a modern touch. Part of this new look is given by the higher rear fender and the new design of the fuel tank, which leaves behind its rounded shapes to make way for a Racing design. Also noteworthy is the new LED racing headlamp.

But without a doubt, one of the aspects that will attract more attention are the new colors of this model, previously unheard of in Montesa and trial motorcycles. It is a dark gray color that, elegantly combined with the unmistakable Montesa red, and some details in white, gives it an unprecedented originality and makes hard to miss anywhere. This innovative combination is reinforced by the elegant gold of the fork sliders and some other components. And for the nostalgic, the Cota 301RR will also be available in red and black, more in line with its predecessor.

Like the Cota 4RT260, Race Replica and the 4RIDE, the 301RR is exclusively build in the Montesa Honda factory in Santa Perpètua de Mogoda, Barcelona and it is exported worldwide.