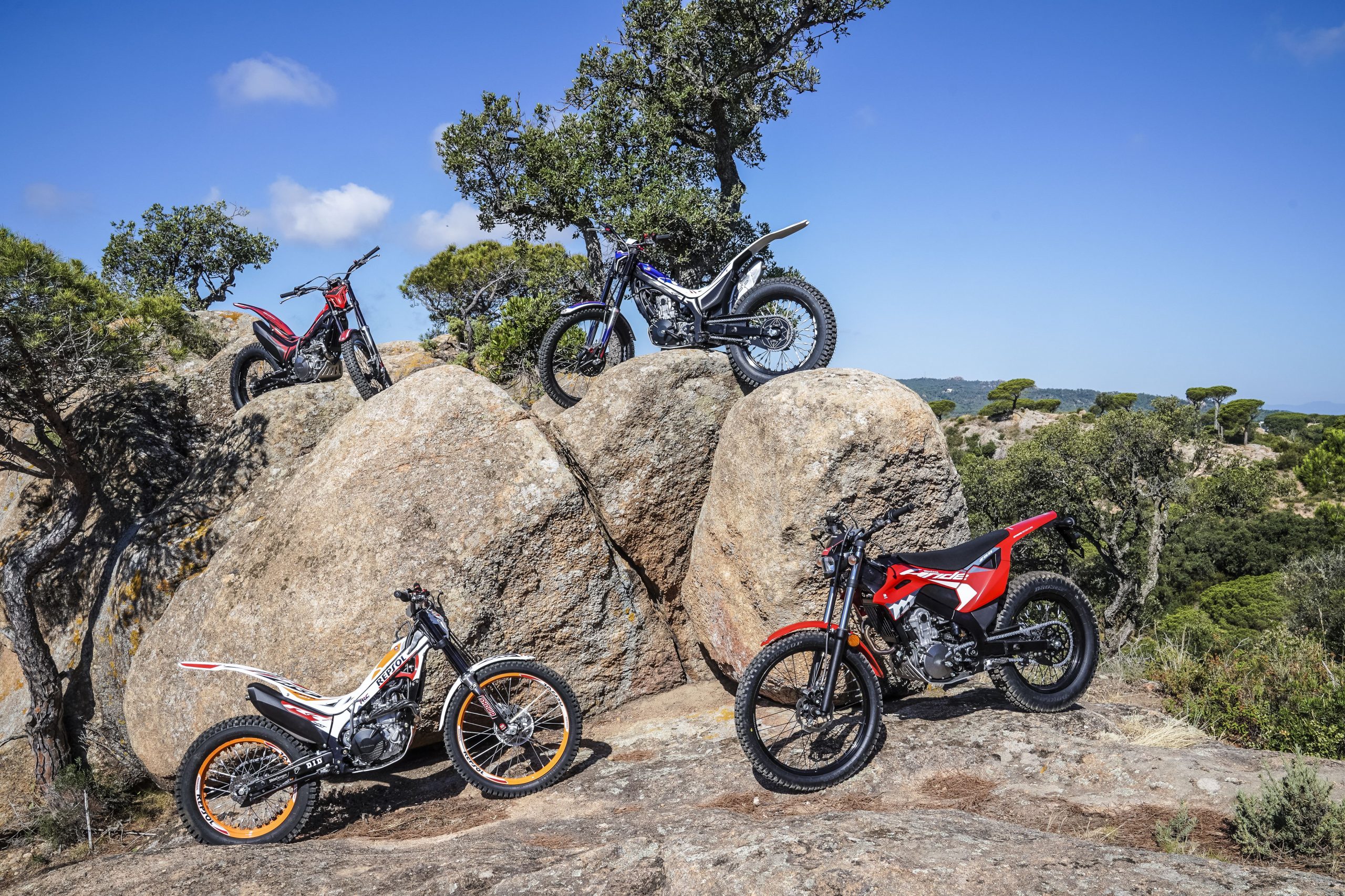 ◼ The Cota 4RT260 sports a new look, combining the red with black and white details

◼ New look for the 4Ride

After the important improvements incorporated in the 2022 models, the main novelties for this year focus on aesthetic changes and improvements in some of its components. From its most race-oriented model, the Cota 301RR, to the Cota 4RT260R, the exclusivity of the range remains the main feature.

The Cota 301RR continues to be Montesa’s flagship. Last season, a Showa fork was added to its high-quality components, giving it an even closer look to its World TrialGP sisters. Showa completes the exclusive suspension equipment of the Cota 301RR.

Montesa’s top-of-the-range model will continue to have two color options. On the one hand, the new Atmosphere Blue Metallic replaces the Ancho Gray Metallic. This new look takes blue to the center stage, a color that combines elegantly with details in red and white. The result is a striking new look that adds originality and exclusivity. The white graphics on the black anodized chassis are also completely new, highlighting the personality of this race-oriented model. In addition to this option, the Cota 301RR will also be available in Race Replica style, a model virtually identical to Toni Bou’s world champion bike. The model has also been updated with the new HRC logo.

Besides the design, for the 2023 model, the new rear suspension setting is also worth noting. The new rubber buffer on the shock is designed to be more progressive and less sharp, making it easier and more enjoyable to ride.
The 301RR is the most powerful Cota ever mass-produced. It’s a motorcycle designed for racing, hence its RR (Race Ready) surname. The model has the proven experience inherited from the competition machines used by Montesa riders in the Trial World Championship, from which it adopts most of its components and technical solutions.
Naturally, the Cota 301RR also inherits the engine of the bike that races in the Trial2 World Championship. The engine remains unchanged from its predecessor, which already increased its displacement from 288cc to 298cc (the maximum displacement allowed in the Trial2 World Championship), As well as this increase in displacement, the Cota 301RR benefited from a series of important changes to the Electronic Control Unit (ECU) along with a revised gas decompression system,which increases the diameter of the crankcase breather from 1.9mm to 2.25mm, exactly like Toni Bou’s TrialGP world champion bike.

These changes allow an apparent reduction of the engine brake, which translates into better control and a lighter bike.
On the other hand, higher inertia is achieved in the crankshaft to improve progressiveness. As a result, the response in the low and mid-range is significantly enhanced and the behavior is more like the motorcycles that compete in the World Championship. Another key feature of the Cota 301RR is the perfect connection between the throttle control and the final drive, essential in top-level trial, where the excellent performance of the PGM-FI electronic fuel injection system is of vital importance.

The Cota 301RR continues to rely on a lightweight aluminum frame and swingarm of proven reliability and performance. It is fitted with the petal brake discs used on the competition team’s machines on both trains, using the FIM-approved rear disc. This provides more bite and more braking power in both trains. In addition, it features lightweight aluminum machined wheel hubs, a solution that results in significant weight reduction. Continuing with the similarities with the Montesa World Trial bikes, it is equipped with an aluminum muffler, which increases resistance and performance.
Meanwhile, the Cota 4RT260R now features a new look in which red, combined with black and white, takes center stage once again. The frame, anodized in black, now has new graphics in red, highlighting its Montesa character. In addition, high-strength adhesives have been added to the part of the chassis where the boots rub more, providing greater protection, following the line of the Cota 301RR. The same design has been adapted for the exhaust and air filter protectors. Red is now also more prominent in the decoration of the fork and the front and rear fenders. Additionally, this season it incorporates the black anodized aluminum side stand, inherited from its big sister, the Cota 301RR.

The Cota 4RT260R is equipped with the most premium components, modeled after its big sister, the Cota 301RR. Thus, it has a complete set of high-quality Showa suspensions in both trains. On the other hand, in 2022 the model benefited from a significant 5% increase in torque and power delivery at low and medium revs, thanks, among other things, to the aluminum muffler adopted from the 301RR and the various improvements applied to its thermodynamic group. That’s why the model was given the ‘R’ designation in its name (Cota 4RT260R), now with an even more competition-inspired orientation and image.

In addition to its more trial-oriented models, Montesa also announced changes for its popular 4Ride, a model designed for trial excursion. Aesthetically, red continues to be the main color of this model. But, to give it a more aggressive look, it adopts the black anodized rear brake pedal from the Cota 301RR and 260R, which is also shorter, making it less exposed to shocks and falls. Another important new feature is the new design of the Kickstarter pedal, now longer, which makes it even easier to start the bike.

Finally, Montesa’s entire range is manufactured exclusively for the entire world at Montesa Honda’s modern facilities in Santa Perpètua de Mogoda, Barcelona. All production processes are carried out in the facilities, including engine assembly, plastic injection, the manufacture of the aluminum frame, fuel tank, and swingarm, processes that guarantee the high-quality standards of the brand. 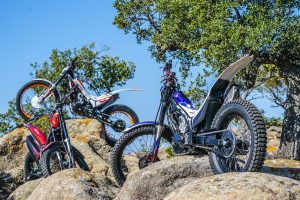 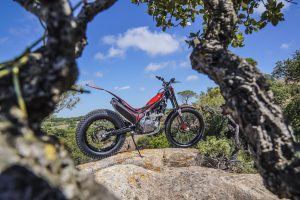 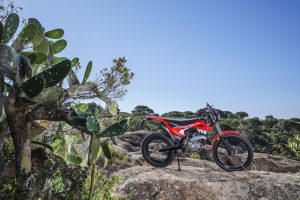 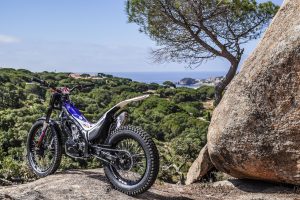 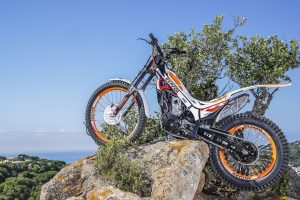 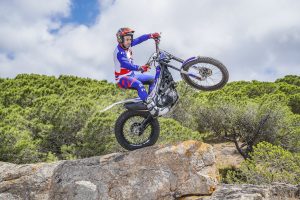 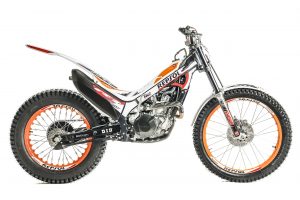 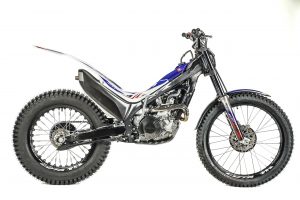 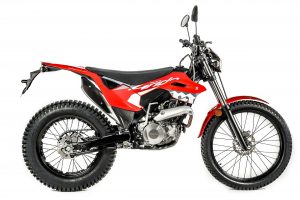 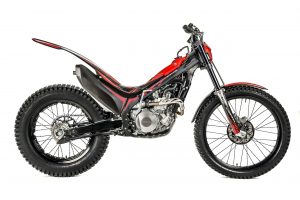